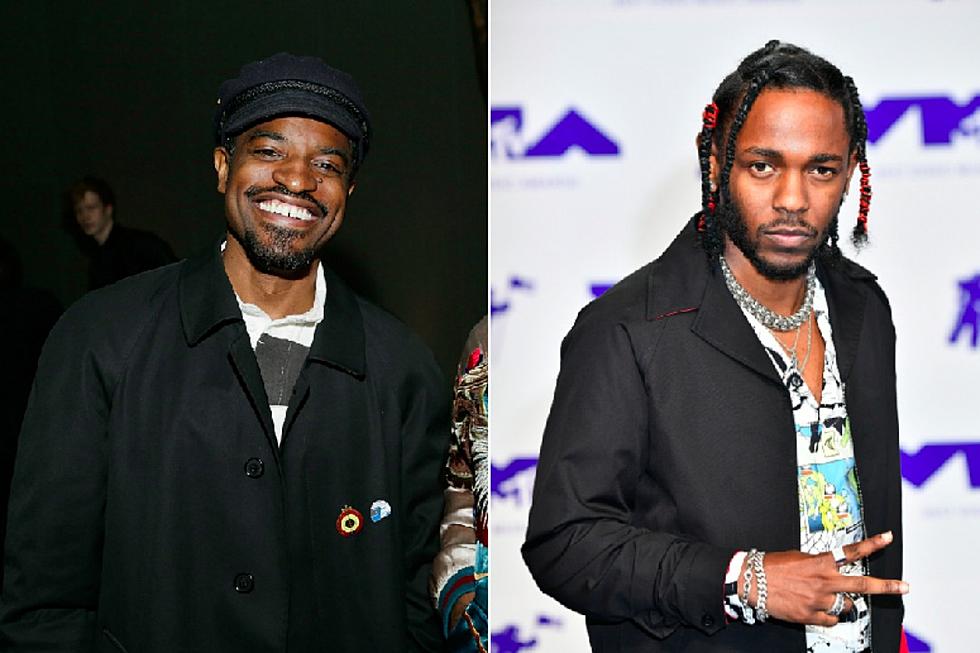 If you follow this website, you know who these two are. Andre 3000 of OutKast is a legend, easily one of the greatest rappers of all time. This is the man who declared at the 1995 Source Awards, where Kast got booed for winning Best New Artist (wrap your head around that one. OutKast got booed for Southernplayalisticadillacmusic! I was shook too!) that “The South got somethin’ to say!” He’s damn right they did, and now, Speakerboxx/The Love Below is the only hip hop album to win the Grammy for AOTY.

Kendrick Lamar is easily the best rapper of the 2010s, and honestly will go down as one of the GOATS. Hell, he already has a great case! He is the voice of a generation, hasn’t dropped a subpar project, let alone a bad one, and To Pimp a Butterfly. Nuff’ said.

Now, Kendrick has said that Tupac was a big influence on him, but I think Andre is as well! Listen to how he raps: playing with the bar line, experimenting with different production, and baring his soul on tracks. Sound familiar? That’s what Andre does as well! And because this is hip hop, I have to ask, who you got? Andre or Kendrick? Let’s discuss

What can I say about 3Stacks that hasn’t been said before? The man is not only a musical genius, but a creative one as well. Andre 3000 debuted to us as simply Andre on Southernplayas (not typing that entire name), and he was on some Southern pimp shit. Then, he showed us a completely different person on ATLiens. He started becoming more…conscious! Keep in mind, this was uncommon at this time in the South. People expected 2 Live Krew, but they got the greatest rap duo of all time. They also got one of the greatest verses in hip hop ever made, on the title track of Aquemini. If you haven’t heard it, listen to the whole song, and you’ll know which verse it is.

Andre seemed to enjoy playing with our expectations as well. We all saw him as the weird one, and because of that, we never knew what to expect from him. One day, you could get “Rosa Parks”, the next you could get “B.O.B.”, and then you might get “Hey Ya!” This made him far more versatile, which is never bad within hip hop. Also, can we talk about how he’s the feature GOAT? Because… Jesus Christ! “What A Job”, Int’l Playas Anthem”, “Sixteen”, “Walk It Out (Remix)”, “The Real Her”, and “Psalm 42”. Ok, that last one might not be true, but I wouldn’t be surprised if he outrapped David!

In A.D. 2022, 16 years after the last OutKast album, Andre 3000 has yet to release a solo album. The closest thing to a solo album we have is The Love Below, which technically is a double album. This definitely does hurt him a little bit. That being said, does that mean he isn’t one of the greatest rappers of all time? Of course not! The very fact that he doesn’t have one and is still in the GOAT conversation tells you how amazing he is. However, one of his pros is also a con…

Man, I love Andre, but there’s something that people need to know when an artist is versatile… It can be hit or miss. While Andre not having a solo album definitely impacts this, he was also someone who loved challenging the status quo. Sometimes, that leads to a “Hey Ya!” or “Roses”, other times it leads to a purely instrumental track with no rapping for five to ten minutes… yeah… I’m a big fan of the versatility, but I’ll be damned if it doesn’t alienate people at times. With these cons out of the way, let’s discuss the pros of…

Picture this: it’s 2012, the rap scene has been plagued with basic party raps and a couple big hits (also MBDTF, one of the greatest albums ever made) for about 10 years. You see this song called, “Swimming Pools (Drank)”. You make a snap judgment based off of that title alone, and then you hear the song. Then, you apologize for the snap judgment and go to download the album and check out some of the other stuff from this guy! That guy’s name? Kendrick Lamar.

Kendrick is the rapper who decided to make albums cool again. Mind you, in the 2000s and early 2010s, the airwaves were dominated by singles. Even the biggest names in the early 2010s weren’t exempt! (Drake is basically a hit artist, and J. Cole even fell prey to it on his first album) However, Kendrick showed his prowess on Section. 80 in 2011. He showed that he wanted to make albums, not just hits and filler. He then continued this with good kid, m.a.a.d. city, and decided to shake things up in rap, calling what felt like the whole rap scene out on his verse on “Control”. If you were living under a rock, he basically said,” Look, I love all of you, but I’m the best rapper alive. Prove you’re better than me.” People didn’t prove that because he then released one of the best albums of all time.

To Pimp A MFn Butterfly!!!

To Pimp a Butterfly is a pro in itself. Like, DAMN! (Wrong album). I don’t know what to say that hasn’t been said, or that I haven’t said several times. Kendrick made one of the best albums of all time, discussing Black issues in a Black way. This is a huge pro. See, oftentimes, we have to tone down our Blackness to make the message more palatable. Now at times, it works for a wider (whiter) audience (check out Everybody), but it typically comes with the tradeoff of an album not being as hard hitting or as good. TPAB stayed to its Black roots and won a Grammy for it. This is big, and shows that Blackness always wins! There are several pros for K.Dot, but let’s discuss the cons.

Yeah, so there are a couple of cons for Kendrick. One of them is actually in the same realm as Andre’s con, and it is that he only has four albums. In my personal opinion, there are several rappers who have this amount of albums and are still heralded as legends so it isn’t the biggest con to me, but I understand why it is one. The GOATs tend to have a bit more of a catalogue, whether good or bad, and with Kendrick not releasing an album since 2017, it’s understandable why he isn’t in that convo for many people. Another huge con is… well, another on of Andre’s cons!

When a rapper is super versatile and loves doing things differently, it comes with alienating a portion of your fanbase. While I love all of Kendrick’s albums (… Yes, I am a Stan), I also recognized that there was a difference between To Pimp A Butterfly and DAMN. It can make you nervous, because you’re scared that while “range brothers” is a fun song, you don’t want a whole album of it.

This is a loaded question. Kendrick has the more extensive catalogue (even if it is four albums), but his first album just turned 10 years old and he still could have one album left in the tank. Andre doesn’t have a solo album and only appears on features, but his OutKast catalogue has stood the test of time and his features make hip hop stop. At the same time, Kendrick’s features make hip hop stop too! They’re both extremely versatile, which leads to great music but can lead to hit or miss tracks, and they both are heralded as GOATs. Who wins this? Well, the fans truly do, but at this very moment for this man right here?

Here’s my reasoning: Kendrick is so damn close, and he’s at the point where we can really acknowledge his GOAT status (at least I can), but one thing tipped me over for 3Stacks: “Life of the Party”. Man, when I tell y’all that verse was the best of 2021… And it was indicative of the fact that Andre truly stops the hip hop world after all these years! While Kendrick is getting to that point (“family ties” was probably my favorite moment of 2021), he doesn’t feel as mythical as when Andre shows up. And he shouldn’t! Kendrick is still technically active, and has at least one more album in the tank, while Andre is inactive and just pops up, still stealing every track he gets on. In five years, this could definitely change, but right now, the W goes to Andre 3000. 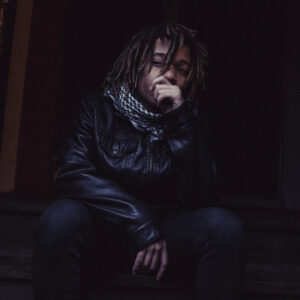