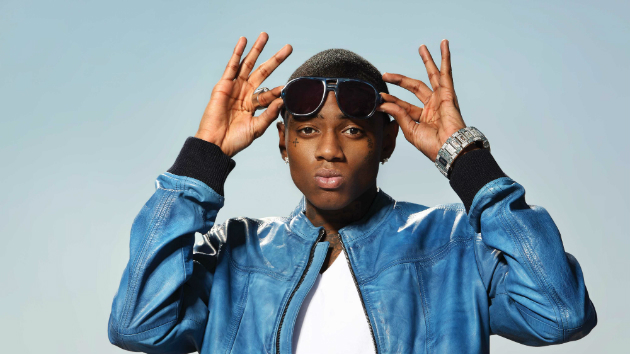 Before you laugh and click off and report me, hear me out. This is not talking about who the best rapper is, or who the most respected rapper is; this is discussing the influence of a boy who is a soldier.

Picture this: it’s 2007. You’re driving in your parents Lincoln Navigator. If you’re older, you might be texting someone on a Motorola flip phone. You have 96.3 on the radio. And then, you hear this… “YOOOOOUUUUUUAHHHH”. Your ears perk up, and you hear the name Soulja Boy say, “Soulja Boy Tell Em!”. You’re probably wondering, “Who’s he tellin?” And then, you start dancing.

Soulja Boy became a phenomenon in 2007 (and then a punchline in 2016, and then an elite meme in 2019). Dude did one of the most popular get-famous-quick schemes in music: a dance song! He made “Crank Dat”, which is now cherished as a meme song by Gen Z (or Millennials… ya’ll don’t know either!) and it one of the most popular viral dances of all time. He also had a cartoon, more hit songs, and even a movie! Are they any good? …

These aren’t even the reasons I call Big Drako influential. Big Gucci Soulja is influential because of how we now consume music. While we were all collectively cranking it and Supermanning hoes while we were in the car, his influence comes from the computer. Soulja Boy was the first rapper to capitalize off of YouTube. Now, that seems commonplace. YouTube, SoundCloud, and plenty of other digital ways of consuming music are ubiquitous; but this was way before then.

YouTube started in 2005, and it was not widely known for a good while… until Crank Dat. When it was still in its infancy, Crank Dat came and popularized the site. With that said, this song was the catalyst for plenty of these other rappers and how they put out music. Not only did Soulja put YouTube on the map, he also changed the way we listen to music.

No one has been watching MTV for music in years, even back in’07. Everyone made jokes about MTV’s lack of music videos back in 2004, so something new had to be coming. Enter Big Drako, who put his music video on YouTube. The only time I watch music videos now is if they’re on YouTube! Not only did he capitalize off YouTube, but the whole Internet. He sold over 3 million units digitally. (Shout out to Huffington Post) This might be small potatoes for 2020, but in 2007/2008, this was a landmark!

You might be thinking, “You are straight trippin right now. You trippin so hard that you fell down some stairs and a whole hill!” Well, let me give you some artists that he indirectly influenced.

Chance the Rapper: Chance got huge from mixtapes on SoundCloud, with no backing label at all. In a way, he’s the spiritual successor to Soulja Boy! Soulja Boy used the Internet to popularize himself and became one of the biggest rappers in the world at that point. Chance was the same way, where he used resources that didn’t require an A&R team and became huge.

SoundCloud Rappers: Just as I alluded to, Soulja also influenced the SoundCloud generation. How? Think about it: the indie production, the simple lyrics, the obvious way that the songs are made to be chart toppers; they all have Big Gucci Soulja to thank for this.

6ix9ine: Yep, like Soulja said in his interview, Tekashi is another spiritual successor. Why? Because Soulja also had a mouth on him. The whole Ice-T “beef” was proof of that. 6ix9ine is a dude that trolled very hard and didn’t make the best music, but was popular for his antics, and the catchiness. Soulja Boy was a troll for a point (see beef with Ice-T) and his music is one big collection of earworms.

Popular Culture: Soulja has made so many infectious songs that I’m surprised they don’t have the coronavirus. Crank Dat will get any dancefloor bumpin’, Kiss Me Thru the Phone has a pretty good beat to it and fun chorus, and let’s not even talk about Pretty Boy Swag. This… right here… is my…. Swag! He influenced the culture by making songs that we all have fun with by finding them on the Internet, whether we’re dancing to them, singing along, or making fun of them.

Now, this would be nothing if it wasn’t backed up with some type of research. Something else Big Drako did with his fame, was be a young kid and only using the resources that he was able to use. “Teenagers didn’t have the reach or funds to equip themselves with the proper tools to make their music at high enough quality to where people would give it a chance”. (Alphonse Pierre, 2017) Back then, we didn’t have the access we have now. You had the first version of FL Studios and ran with it. In the past 10 years, there have been plenty of pop-up rappers. Some come on really strong and fizzle out after a year, others stay for a summer then leave, and others have their antics to keep us entertained. Do you want to know what they all have in common? They all get on with the catchiest flow and beat, have something that is uniquely them, and may even have a dance. If not a dance, they troll. Soulja Boy is who you have to thank for this. So many of these people are all following Soulja Boy’s footsteps, by popping up with something hot and trying to stretch that. So with all this being said, Soulja Boy is still not a best rapper of all time, or any time for that matter. However, he is a generational influence.

Pierre, Alphonse. Soulja Boy Is the Most Influential Rapper of His Generation. 6 October 2017. 8 March 2020.