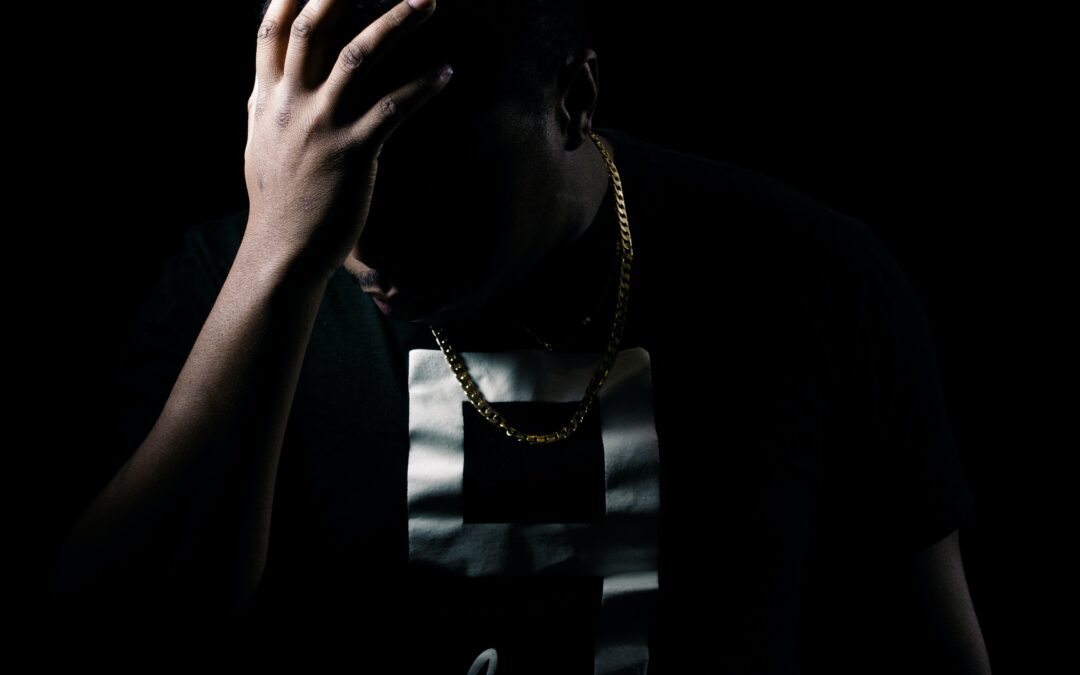 So, this is going to be kind of difficult because I hate vulnerability. Yet, I’m about to delve into the topic of men and vulnerability sparked by something I saw a while back.

I rarely cry. As a matter of fact, I hate crying. I am super emotional. But I rarely want to cry, and my emotions translate to extremes. I’ll just go extreme in wearing my heart on my sleeve, or I’ll go extreme in being closed off. If I cry, it typically needs to be something that hits me really hard. I hate being vulnerable in general. Unfortunately, this isn’t uncommon in men and we need to learn why this is actually a sign of strength instead of weakness. However, vulnerability doesn’t just mean crying. It could also be letting people in, which is something else I’ve personally had to work to resolve.

For example, I might have known you for years, but you’ve never been to my house. I have a lot of difficulty opening to people and letting them into my space. For me, that is super vulnerable. That being said, I feel lonely a lot, no matter how many people are around. Would I ever say that? No, I’d much rather act like I had everything together or just go to an extreme where people will be scared. It’s a huge problem that many men have, and it all comes back down to vulnerability. As I questioned why this is a major issue for men, I realized we have been conditioned to believe that vulnerability is an inappropriate emotional response. When we are very young we are told that crying is weak; that you can’t have emotions other than anger; that you have to be ready to fight anyone that comes to you and you need to win but not be a violent person; be respectful to everyone but not too respectful so you have an edge that makes women love you and guys want to be you; fight to be the most dominant entity in the room but not care when you’re not the most dominant entity in the room; that we have to play sports; that we have to be rich to be taken seriously, and more and more and more. We don’t talk about this enough. We don’t talk about how toxic masculinity and the fear of vulnerability messes with our heads. Let’s talk about barriers.

Full transparency, I’ve felt this way too. This is the biggest barrier because we are all so focused on image. We all care about what people think to an extent (even if you say you don’t, you know you do), and when you have been told that you have to look like the toughest guy in the room since you were in kindergarten if not before then, you can’t show any signs of weakness. But we have to understand that vulnerability is human. We also have to understand that emotions aren’t weakness. It is okay to say, “I’m feeling down” or “I’m feeling alone”. There is no shame in that.

Yes, you are. You’re still a man if you cry. Being a man is not about how tough you portray yourself, how many people you have slept with, or how much you can emasculate another man for not being up to the “standard”. It’s okay to have emotions. I hate that it has become so taboo for men to cry or show any emotion other than anger that we don’t know how to react when we see another guy cry. Think about it: how would you feel if one of your guy friends started crying? You would feel strange because we don’t let natural emotion take over enough. Take that barrier down so we can feel better.

I Don’t Know How to be Vulnerable

I understand this because I don’t fully comprehend how to do so either. You know what, though? Saying this is a start. Talking about the fact that we don’t know how to be vulnerable is a step in being vulnerable. Here are a few things to do that I think have helped or could be helpful.

Be open with yourself

Yes, this is cliché as all hell and I hate clichés as much as the next person, but you have to do this. Think about why you feel upset or mad or just sad and be open with those feelings. Don’t try to neglect them. Just feel.

This. Is. Scary. As. Shit. For me, at least. I can now be open about having certain feelings, but it is really hard for me to tell someone why I feel that way. Talking is what helps build connections and opportunities to become better friends with people. It also helps create an opportunity to get help if that is necessary.

Let someone help you

Speaking of help, let someone help you! I cringed writing this part… If you’re like me, you HATE asking for help. Like, you would rather go through hell and back twice by yourself than even think about asking anyone for help. You don’t want to need advice, you don’t need anyone else, you can do this on your own and you can survive because “that’s what a man does.” You possibly have gone through tough shit on your own before, so you don’t need help from anyone at all. But it would’ve been so much easier if you got help. It’s all about letting go of that internal pride. When you let go of that pride and just start to ask people for help, (no matter what it is, it can be different for everybody) things can work.