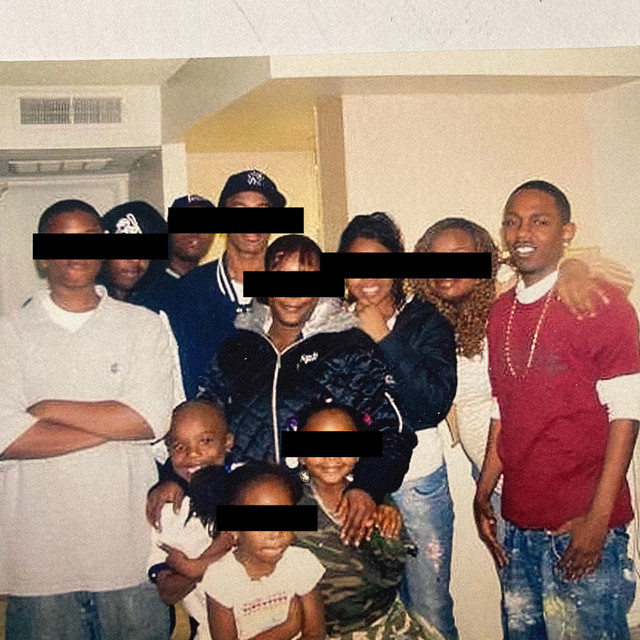 It’s good to be back and KENDRICK HAS SAVED US!!!!!! Yeah… I’m a little happy that we got to hear Kung Fu Kenny again, but let me backtrack a bit.

2021 has been a… rough year for music. Not a lot has been coming out, and what has come out hasn’t really been too memorable. J. Cole and Tyler’s albums feel like they came and went, and most of the bigger artists have been dropping later in the year (what’s good, Ye? Also, hello, Drizzy). It makes for a pretty lackluster year, honestly. However, there is one name that decided to drop at a time when we needed something. That man’s name is Baby Keem, and he dropped his KDot-assisted song, “family ties”. Was it good? Let’s talk about it!

For those that don’t know, Baby Keem is one of the newest rappers out. He rose to prominence with “ORANGE SODA” last year, which was… Ok? It wasn’t anything mind-blowing, but the beat was infectious. He also was on the XXL Freshman 2020 list last year, but… His freestyle didn’t impress, and his cypher… didn’t happen. Like, he didn’t do it at all. Side note: Lowkey, one of my pet peeves is when the Freshmen don’t do the cypher. Like, that’s what you’re here for!! Granted, some of them probably shouldn’t have done a cypher (Coi Leray really wanted us to know that her Class got money… She twerked to save herself, that’s how bad the cypher was). But I digress… Around the time of the freestyles, it came out that Baby Keem has a famous cousin! That cousin is one of the best rappers of all time, Kendrick Lamar.

Because of this, I was personally a little underwhelmed. I was hoping that he would be WAY better than what I heard. With that being said, I was still excited to see that he was releasing a new song. Part of me thought that I only had one impression of him and wanted to open my ears. The other part was ready to hear from one of my favorite rappers,, so let’s finally discuss the song.

We’ll talk about Kendrick in a second, but let’s talk about Baby Keem impressing! Homie A T E this track! Honestly, can’t say I was expecting that. Baby Keem comes in talking about how the choppa is doin’ circles, with some fun ass rhymes. He goes off with some relatively gangsta-adjacent raps, but dammit if he doesn’t make it sound fun. It feels like he changed his voice and flow up after “ORANGE SODA”, at least with this song. He has a line about thanking his cousin for opening doors for him and he goes in on critics who think that his cousin picked up his pen, while he was opening the doors. Something that I don’t believe whatsoever.

Let’s keep it real, we were all waiting for this. This man ain’t put out a new album in 4 years!! He was mainly silent throughout one of the craziest years in human history! WHERE HAVE YOU BEEN??? Well, Kendrick answered all those questions, but he starts by sayin that he’s rolling up our top 5 emcees tonight (weird since he’s in my top 5, but I’ll let it slide). He starts by calling himself the Omega, shouting out pgLang, and telling us to not address him unless it’s with 4 letters (guess what those are?) He talks about what he’s been doing the last year, how he’s been ducking the pandemic, the social gimmicks, and goes off on the overnight activists that were so passionate about causes last year, but said, “Those don’t exist anymore” this year; pretty much telling us that the only reason they cared was because they were in the house for 2 months and wanted to be outside again. Sorry, let’s get back to the review.

He calls himself a legacy, a la Al Green, he goes off talking about how some artists might be falsifying their streams to get platinum, calling those artists, “visitors”, calling himself the vaccine that the game needs to survive (Lowkey… Yea… I mean, Drake and Kanye announced release dates after this, so he’s proving his point), calling himself the rebirth of Elohim, and saying that you need to come through him to talk to Him. He also has a fun line about Kanye changing his life and how he (Kendrick) is an old-school Gemini, and of course, “One daughter, but they all my sons in this bitch”. Congrats to Kendrick and his wife for welcoming a baby girl in the world!

He has a literally prophetic line in the middle of the song: “I’m not a trending topic, I’m a prophet”, and I know that I’m a Stan for Kendrick, but can we all agree about how true this is? I mean, he released To Pimp a Butterfly over 6 years ago, talking about the racism and police brutality that we were experiencing at the time. What has changed? What else could he say? He gave us the book, it’s up to us to read it.

This song is hungry. This is what I’ve wanted to hear all year! Let me keep it real: I’m probably getting closer and closer to that age where my musical taste is solidified. Including the people in my age group, I’m not quite “back in my day” just yet, but I’m not quite, “Let’s hop on this new wave of rap” either. Don’t get me wrong, I listen to newer rappers, I love me some trap, drill, and even some “sad rap”, but I know I’m hitting a wall. At least until someone surprises me. It’s safe to say that Baby Keem surprises me a lot. I truly can’t wait to hear his new album. Kendrick did what we knew he was going to do, and I can’t wait for his final TDE project, but Baby Keem showed why his name belongs at the table. I give this track a 4/5. Good to have you guys back, and it’s good to be back.