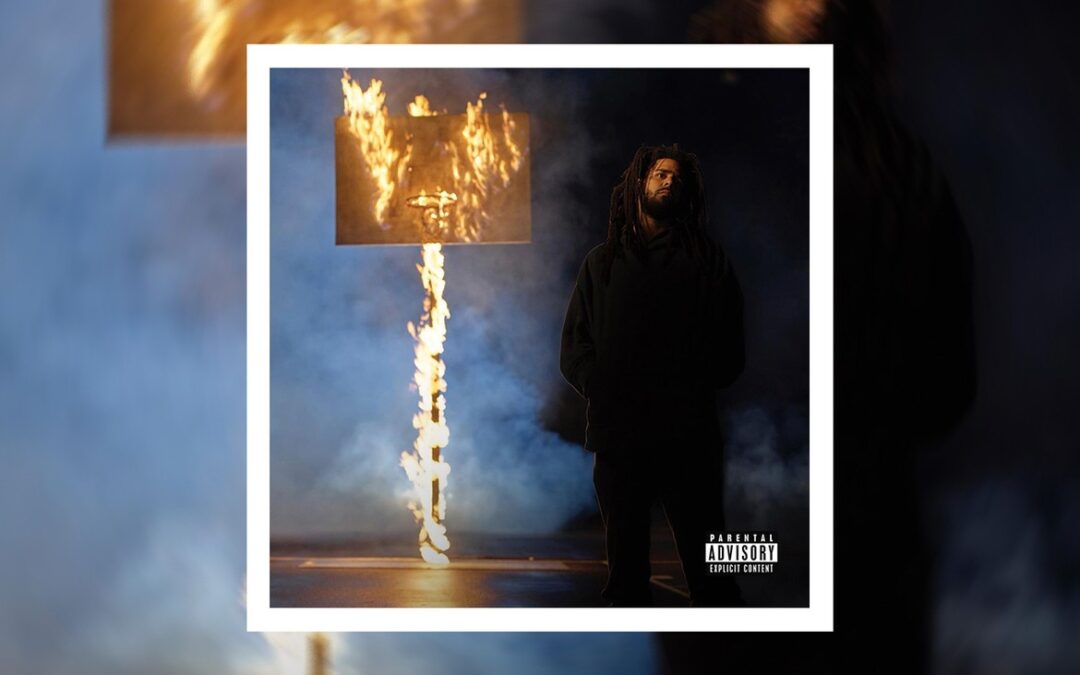 Is it me, or has the music scene in 2021 been S L O W?? I mean, we came off of a year that was amazing for music! We had amazing pop hits and albums with After Hours, Future Nostalgia, and Folklore; we had some crazy R&B records with Chloe X Halle, Beyonce, and John Legend; and of course, we had rap. Man… Folks was RAPPIN last year! We had Freddie Gibbs releasing the best album of the year (fight me), we had Lil Baby release one of the most socially aware songs of the year, we had a new sex jam from Cardi B and Meghan the Stallion, and we had Griselda DOMINATE the entire year with their releases. This year? I mean… We had the Judas and the Black Messiah soundtrack!… However, things were shaken up May 7th, when… Well, let me put it this way: The real is back, the Ville is back, flow bananas… PEEL THIS BACK!

Yes, J. Cole came back with a song called, “Interlude” from his new album, The Off-Season. And it was good! Soulful production, lyricism that Cole’s known for, and name drops of Nipsey and Pimp C! We all were thinking, “How will the album sound? Will it be good? Will Cole save 2021??” Well, let’s discuss The Off-Season by J. Cole.

We start with “95 South”, which is a HELL of a way to open an album! Opening with some Cam’Ron, and Cole stuntin’ on rappers, saying that “I’m out here goin Triple platinum when I come around, y’all only doin 100K?? Please…” We then go straight to “Amiri”, which is… pretty much a rags-to-riches song. The production on here is very soulful, and the whole album has some dynamic but thematic production. Something a bit harder though… “Applying Pressure”. THIS TRACK RIGHT HERE! Cole starts talking about how he doesn’t respond to haters and starts calling out all the rappers that are out here cappin’ for clout, telling people that there’s nothing wrong with living check to check as he did before, and calls out broke people who clown millionaires! There is one issue with this song, though; and that would be the outro. The outro went on a bit longer than I would’ve preferred.

There were also two songs on here that we’ve already heard, in “Interlude” and “The Climb Back”. “Interlude” can be forgiven, because it was a single for the album, but “The Climb Back” seemed unnecessary. That said, “The Climb Back” is STILL fire! One of the most soulful songs on here is “My Life”, almost sounding like “a lot” part 2, having that production and 21 Savage on the song. Musically, it is so damn good! Cole flows on that beat perfectly, and 21… Don’t ger me started on 21, we’ll talk about him more in Features, but spoiler: he S N A P P E D! We are given plenty of memorable lyrics from Cole (“I’ll put an M right on your head, you Luigi brother now” will be said for a while), but that’s to be expected from Cole. For this section, I would give the Music a 3.5/5. The production did its thing, but it seemed as if we had 3 filler songs, in “100 Mil’”, “Amiri”, and “Punchin’ the Clock”.

This album feels like J. Cole’s flashback episode. Y’all know how at the end of a series, before it ends, we get the episode just showing the highlights of the series? This is what Cole’s album feels like, almost reflecting on his life. In “My Life”, he discusses how being poor in his youth made him envious and only made his grind harder. He also talks about how after his final album, The Fall-Off, he’ll be selling out Wrigley Stadium. We also get some confirmation on an incident that happened with P. Diddy on the song, “Let Go My Hand”. We also hear how he felt that he needed to act tough in his youth, even though he was fearful of getting punched in the face. This ties into the track before it, “Pride is the Devil”. Cole talks about how pride has made him do some foolish things, and he asks if that will be all he has left if his fame diminishes. A question that is answered on the final track, “Hunger on the Hillside”. He says that he will still be himself after it is all said and done. A huge theme of this album is reflection. At times, we can get the “rags-to-riches” types of stories, but those are contained to the filler tracks. Everything else? 5/5.

Y’all remember the meme of J. Cole going double-platinum with no features, right? Well, I’m happy Cole said, “Forget the memes, I’m bringing some friends!” The features on here are just… Lil Baby on “Pride is the Devil” is a damn near cheat code, as his melodic flow complements the beat super well, Bas and 6Lack on “Let Go My Hand” is beautiful, Morray on “My Life” was dope! And then there was 21… 21 Savage is easily one of the best trap rappers we have right now. Starting with songs like “No Heart” and “Bank Account” to giving us “a lot”, he has truly improved over time. I’m happy to say that his verse on My Life” shows that growth. 21 goes IN, talking about how he’s seen things that traumatized him, how he has a heart so he’ll send condolences to the mothers of the ops that were killed, a really weird line about how niggas are chicken breasts, how he prays that his past isn’t ahead of him, and my favorite line of the song (damn near favorite line of the album): Planted a seed, but it ain’t a sesame, can’t let you niggas and bitches grow next to me. DAMN!! 4.5/5 for the features!

You might’ve noticed that I mentioned filler tracks… While this is a very well-rounded project, there is definitely an issue with a couple songs feeling like they were just there as placeholders. “Amiri” has some great production, but it feels like the obligatory “rags-to-riches” song, “Punchin’ the Clock” was so short that I don’t have much to say about it, and “100 Mil” is just… Mid. Like, there’s a line about people cappin’ for clout, and a confusing line about how Michael B. Jordan would take a dude’s girl, but the layout of it is a bit muddled. Also, I felt like having “The Climb Back” on here was a little unnecessary since we got it last year on Lewis Street. Maybe it wouldn’t have caught my attention as much had the album come out sooner, but this is just a minor nitpick.

This album is so dope! It has its low points, with some filler tracks and some confusing bars, but it still tapped into one of J. Cole’s biggest rapping strengths: empathy. When you hear J. Cole rap on here, you really feel what he is going through! When you hear “Close”, where he feels like he is just on the cusp of his dreams but not there yet, you feel his passion and can put yourself in his shoes. When you hear “My Life”, you feel his envy when he’s talking about his friends selling dope when he was younger and getting the money he desired; and on “Let Go My Hand”, you can reminisce on that time him and Diddy scrapped, because we were following hip-hop back in the 2010s! Cole gave us his flashback episode, and I think that I speak for all of us when I say, “We were happy reminiscing with you, and we’re anxiously waiting for the finale.”