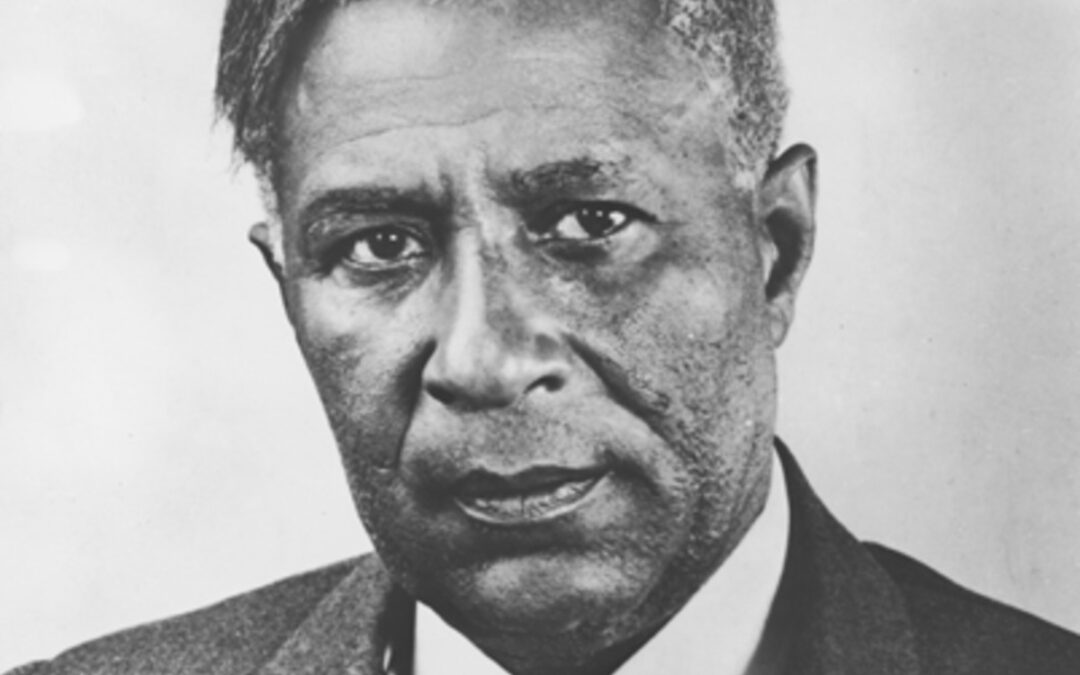 I HATE ROUNDABOUTS! Seriously, why were they created? You can say, “They help traffic out!” NO THEY DON’T! Roundabouts are accidents waiting to happen. No one knows who has the right of way, there are two lanes where you can still go the same direction, but you still risk grazing another car, and don’t get me started on roundabouts coming off the highway! You hop off those and the GPS says something like, “Turn right when you turn left, then jump,clap your hands, and do the stanky leg”. WHY?? Do you know what is better than roundabouts? Stop lights. Stop lights are easy to understand, are less of an inconvenience than roundabouts, and the most important part: they were invented by a Black man! Allow me to tell you about Garrett Morgan. Garrett Morgan was born in 1877 on March 4th in Paris, Kentucky. The seventh of 11 children, his mother, minister Elizabeth Reed, was of Indian and African descent, and his father, Sydney Morgan, was a freed slave. Sydney’s father was Confederate colonel John Hunt Morgan who was white.

As a teen, Morgan moved to Cincinnati to look for work, and became a wealthy landowner’s handyman. At this point, he only had an elementary school education. However, he was able to pay for private tutoring with his job. This didn’t last long, as he started working at different sewing factories. Working at these sewing factories started his line of inventions. Yes, line of inventions, as he patented a new and improved sewing machine. He also opened his own repair business, which was a success. This was a catalyst in his business success and financial success.

Morgan opened a tailor shop with his wife, who had experience as a seamstress, and noticed that fabric was scorched by the needle. Morgan used a chemical solution to help reduce friction from the needle, and noticed that the hairs were straightened out. He tried this on his neighbor’s dog’s fur, and then finally tried it on himself. It worked, and the G.A. Morgan Hair Refining Company was born! He sold this cream that he made to Black people and let’s just say that business was BOOMIN’. This gave him financial security, and he pursued even more interests.

Morgan got bored in 1914, so he decided to create a breathing device, a “Safety hood”, if you will. This was actually the precursor to the gas mask, and he attempted to market it to fire departments. There was one problem though with this, along with his other devices: no one took Black people seriously, especially down South. Racial tension was still stronger than ever. In order to market his inventions, Morgan hired a white actor to pose as the “inventor”, while he posed as his Native American lackey, “Big Chief Mason”, who would wear the breathing device. This worked and sales were up! They came into play in a very big way. (Editors note: This is unbelievably unfortunate that this was one of the only ways a Black man would get noticed)

In 1916, Cleveland was drilling a tunnel under Lake Eerie, when they hit a pocket of natural gas, causing an explosion. This explosion trapped workers and had the risk of suffocating them. In comes Morgan and his brother, who put on the breathing devices and went to the tunnel. They saved the lives of two people and recovered 4 bodies. Morgan got publicity from this, and people now knew that he was Black. Even though he saved people, the public did not want to buy and support a Black man, so plenty refused to buy any of his products. Due to this discrimination, Morgan and his brother’s efforts were never truly recognized. Others were named as the rescuers. Let me just say that this is unfortunately a microcosm of how America is. Especially at this time, America didn’t want you to believe that a Black man was smart or business-savvy. They still don’t want you to believe that. Morgan still kept on and invented even more.

Morgan was the first Black man in Cleveland to own a car. With this car, he became something of a mechanic, and developed the friction drive clutch. One day when he was driving, he witnessed a carriage accident at an intersection that was in the city. He saw how this was a big problem, and created a traffic signal with a warning light, and quickly patented it, in 1923. He eventually sold the rights to General Electric for $40,000.

Garrett Morgan was well-rounded, as outside of inventing, he supported his community throughout his whole life. He was a member of NAACP, donated to Black colleges, and evened opened an all-Black country club! Morgan died on July 27, 1963.

Garrett Morgan’s story is one of countless Black inventors and innovators. His story is one of the reasons that this series exists. He had so many amazing ideas that he was able to make happen, but only through making people believe that he was just the sidekick, and not the main inventor. He literally saved lives, but people didn’t care. They saw that he was a Black man, and didn’t want to support him in any way, shape, or form. Sadly, these things still happen today. However, this didn’t discourage Morgan. He invented even more, making a traffic light that we still use today, a drive clutch, and finally becoming recognized for his heroism at Lake Eerie shortly before his death. Garrett Morgan’s story could have been tragic, but he kept pursuing his passion, and poured into his own. Garrett Morgan will be remembered and appreciated. MT Out!